For those into Anime and more so if your choice for Anime are works by Studio Ghibli ,then this Easter Film Four are showing a selection of works every day this week and next. Starting last week with ''Spirited Away '' ( which is repeated later this week) ,we have since had airings of My Neighbor Totoro,Porco Rosso, Arietty,Princess Mononoke and Kiki's de;ivery service.

The season continues until the 13th of April ,with some films getting a second run in case you  missed any. ,so here's a list of what's to come below.

Friday 5th April - Grave of the Fireflies by Isao Takahata -12.15am ( Friday Night )

Spirited Away shows on Saturday 6th April at 4.35pm

So set your timers and don't miss any of these wonderful anime's from one of Japan's most respected Studios .

Look out for a special feature on site as we view each of these films over the next two weeks. With reviews and more.

For UK fans this Thursday (27-09-12) at 12.35am  Film Four will be screening Satoshi Kon's 2006 Anime Paprika . When a machine that can invade peoples dreams is unleahsed ,it means only one person can stop it. 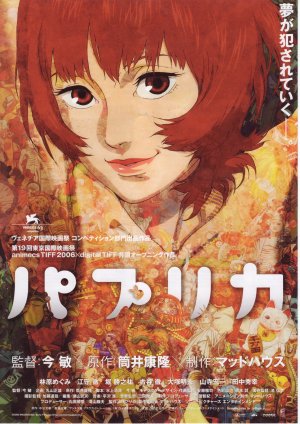 Anime out now or soon

Good news is that Miyazaki Goro's Studio Ghibli film ,From up on Poppy Hill is available on region 3 Hong Kong DVD ,so now you can get this new anime with English subtitles which feature both a Japanese and Chinese soundtrack. £15.00 should see you right compared to the Japan DVD version costing more then twice that amount.

Other new anime out in the UK now or soon are Sengoku Basara: Complete Season 2 Collection and Fairy Tale 4 from Manga Entertainment. 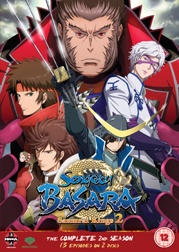 Also out from Manga is Panty and Stocking with Garter belt complete ,this is a reissue version as the first version had a number of glitchy discs.

Reissue out now after some faulty discs in the first batch.